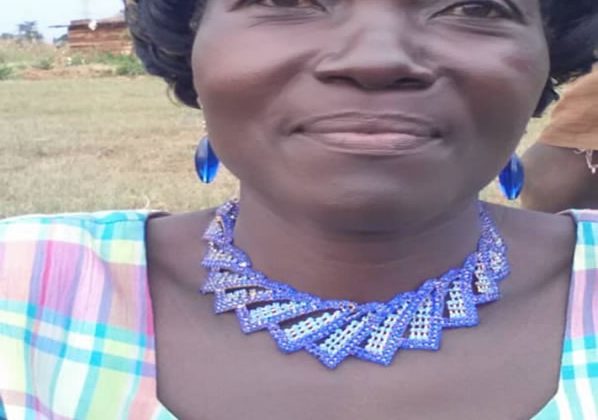 As we commemorate the World Mental Health Day 2021 under the theme ‘’Mental Health in an Equal world’’, its important to look at how persons with mental and psychosocial disabilities are treated in society and what can be done to ensure that they live justly amidst the challenges and perceptions they have to encounter especially now amidst the pandemic in order to realize an equal world.

COVID-19 has had a toll on many people’s mental health and this has intensified due to anxiety, lockdowns, isolation, a lot information consumption about the virus, loss of livelihoods and support systems all that have affected many people including those with mental and psychosocial disabilities.

For example the physical distancing measures that restrict visitors and group activities in institutions as a standard operating procedure also affected not only the physical but mental health and wellbeing of people.

As narrated by Mr. Mugulusi a 29 year old man who has since his childhood been a care taker of his mother who is living with Bipolar said that he last year in 2020 he underwent depression and later found himself in Jinja referral hospital psychiatric unit where he was later diagnosed with a mental illness. Mr. Mugulusi a veterinary doctor by profession narrates the ordeal he had to go through especially during the lockdown while accessing drugs due to restricted movement and high costs of the drugs. He added that the nature of job he does requires a lot of movement and reaching out to different people hence limiting his source of income and after being diagnosed with this disability, he faced a lot of stigma which affected his job.

Mr. Mugulusi advises that there is need for people with mental and psychosocial disabilities to have access to justice in the courts by amending laws that are not favorable to people with mental and psychosocial disabilities since many have had their rights violated. In order to reduce relapses by he also urges government, and Civil Society organizations to support individuals and groups by providing employment opportunities and small income generating activities such as tailoring, carpentry, poultry among others to keep them occupied and enable them sustain their livelihoods.

We reached out to Ms. Irene Babirye a teacher by profession who has lived with mental disability to share her experience and says, she has lived with the disability for a period of over 10 years after getting an accident which almost claimed her life and has eventually found her light in providing therapeutic services to people with mental and psychosocial disabilities after the disability forced her out of her teaching career due to the black outs she could encounter. ‘’madness is the final cry for help’’ She adds. An it’s upon this that she notes that people with this type of disability need heart to heart guidance, acceptance and support to avoid depression and anxiety. Ms. Babirye says that home visits to people with mental and psychosocial disabilities especially during the pandemic is very therapeutic and helpful in their recovery processes and should not feel left alone especially during the lockdown period.

Ms. Babirye gives an example of how people with mental and psychosocial disabilities are not given an opportunity to enjoy their full rights as they are not even allowed to access to their bank account on a claim that they incapable of running their own accounts. In most cases, those who have property like land, their relatives end up selling them off without their consent all in the name of getting money to provide for their medical attention hence leaving them with nothing to their name.

Pictorial of Ms. Irene Babirye while narrating her ordeal

Parents of children with mental and psychosocial disabilities also play a big role in contributing towards the mental well being of their children and in ensuring that they succeed in life regardless of the trails. As Ms. Dorcus Kizza a mother to Esther Suubi Deborah living with mental illness narrates; Suubi‘s illness started when she was in senior three and in the beginning they thought it was a spiritual attack but it later took a toll on her when she was in senior six. It’s from there that her mother took her for psychiatric medical attention and has since been on and off surviving through use of drugs. Her daughter has been able to finalized her degree in Mass Communication and waiting graduation this year.

Ms. Dorcus encourages parents of children with mental health challenges to always be there for them, better understand them and support them with the basic needs including access to medica treatment.

We talked to Mr. Mukalazi Kizito and Ms. Justine Mukalazi a couple that has lived together in holy matrimony since 2003 and have seven children and one grand child. Mr. Mukalazi Kizito whose wife has been living with psychosocial disability for 9 years has managed to stick by his wife regardless of what the society has had to say and supported her in every single way. Mr. Mukalazi Kizito who is a pastor adds that this may come with emotional and psychological torture but advises that the married couples who may be facing similar circumstances should stick together in times of need because a friend in need is a friend indeed. Ms. Justine Mukalazi who says the disability that came as a result of stress and anxiety says she has been able to overcome that during the pandemic by making sanitizers and liquid soap from which she earns and keeps her mind occupied and relieved from stress as advised by her medical doctor.

Ms. Robinah Alambuya the Executive Director Triumph Mental Health and Recovery programme, adds that there is need for consistent mental health awareness raising and this should begin right from an early age to enable children grow up knowing what mental health is and how to take care of their mental health and that of others as this will help reduce stigma around the disability and reduce the rates of mob justice on these people.

She calls on government to provide for affirmative action at schools, institutions and universities to reduce the high levels of drop outs by enabling the students to complete their education.

Ms. Esther Kyozira the Chief Executive Officer NUDIPU, hereby calls on government to embrace the community based healthcare service model that requires all community health centers to manage mental health treatment and care. She calls upon communities and family members to change negative perceptions against people with mental and psychosocial disabilities and for them to know that this is a medical condition other than witchcraft and once someone gets medical treatment, they can live a positive life.

She further appeals to government to fast track the amendment of the trail on inditement act and other laws that still limit the enjoyment of the right to legal capacity by people with mental and psychosocial disabilities in Uganda.